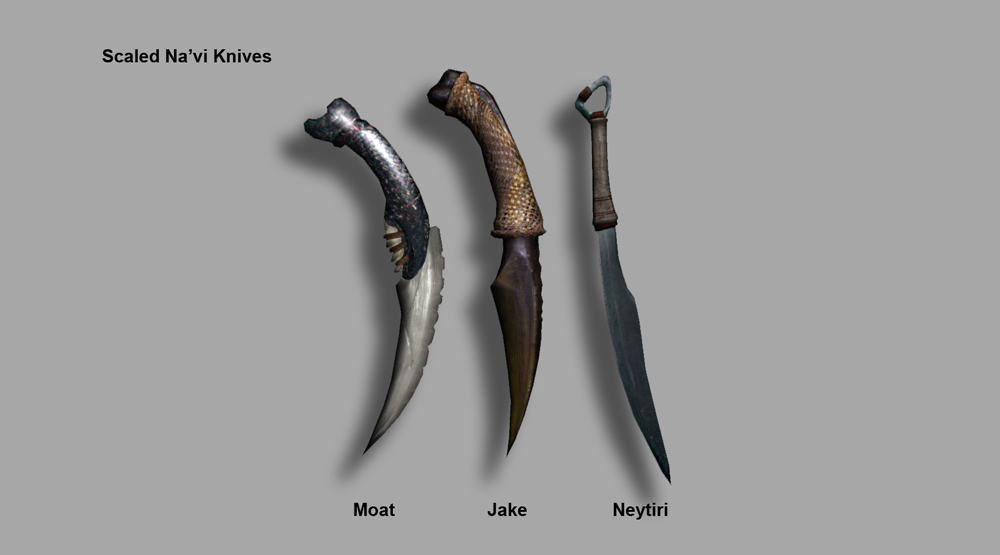 All Na’vi carried knives and each of the principal characters had unique designs.  Jake’s knife was the only knife to be used by a human so there was a giant prop built. 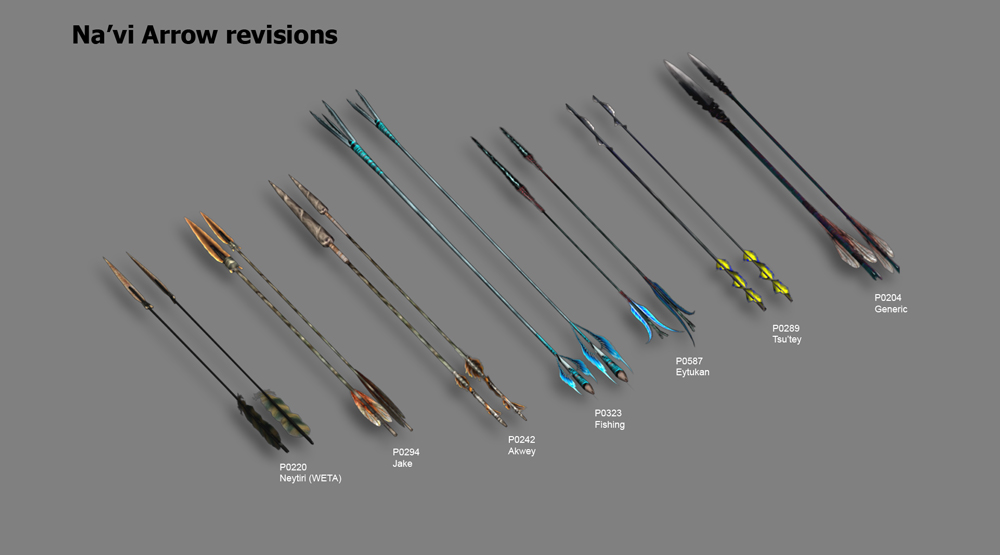 Arrows were also unique to the character using them since their length was determined by both the size of the bow and the arm that drew the bow string.  Neytiri’s arrow was disproportionately longer and featured a much larger arrowhead so that there was enough room for a wood sprite to land on the end.